In the spring semester of 2016 at the University of Cincinnati, my professor and mentor Dr. Reutter announced that we were chosen as panelists for the 2016 MELUS conference.

Charleston, South Carolina was the selected city for their 30th anniversary. MELUS is a society that studies and endeavors to expand the definition of U.S. literature to more diverse and cultural contexts. We were to be the only undergraduate panel during the conference.

Eager to showcase poetry we previously dissected in Dr. Reutter’s class and share one of my own, I agreed without hesitation.

The first week of planning consisted of logistics, how were we going to pay to get to Charleston and be excused from our courses? In addition, I had begun a full-time career four months prior and I was still in the probationary period.

Dr. Reutter later informed us that we were granted $100 each for campus travel expenses and that she would foot the bill for the rental car. A few things that would have prevented us from attending worked out in our favor. We reserved the hotel and the rental car and as the presentation date approached, we became nervous.

Neither of us needed to be nervous though because we were chosen for a reason.

The passion in our writing, the research, the revision and dedication to expanding simple poems into something with layers. We each had our own way with words and communicating with the world. We had something to offer this conference that the grad students and doctors didn’t.

Our unique lived experience in this world.

The day of, we slept in and did not attend any of the conference workshops after being on the road all night. My back was aching and when I decided to get up I went to an urgent care facility for x-rays. I came back with muscle relaxers and hydro’s for the pain I was in but I couldn’t take them before the panel or else I’d fall fast asleep at the podium. At that point I was thinking about having someone else read my work so that I could remain in the hotel bed.

I went downstairs instead.

During the cocktail and networking hour before our panel we mingled with the conference attendees. We stood out in the room which invited inquiring minds to our area, we answered their questions and engaged in light conversation about the racial tension in America.

After it ended we made our way to the assigned room where we sat in front of an audience of ten doctors and professors and a few doctoral students. We began with a presentation taking turns using the PowerPoint screen to dazzle eyes as we entertained ears. It was my turn to walk up to the podium and as I approached the microphone I was hit by a wave of anxiety.

You know how anxiety is, one moment you’re elated and sending and catching vibes then BOOM. You’re light headed, faint, stomach on another level and possibly shaky.

As I was trying to avoid appearing nervous, my voice became shaky. My first time reciting outside of the classroom in years. There were mhm’s and heads nodding in agreement. Someone’s visibly uncomfortable exit made me more comfortable as the remainder of my words flowed with ease. They applauded me.

It was confirmed that this was a society we were welcomed into.

The few that remained at the end of the presentation had the opportunity to ask us questions and the exchange turned into an open discussion in which Dr. Reutter moderated. We didn’t leave the room until we had to.

In under two hours, our heads had grown larger. We celebrated by going out to dinner before enjoying more sleep.

The next morning the three of us took the rental car to the Folly beach area.

We parked and walked over near the waves, too cold to dip into but perfect for photos and reflection. At a cute gift shop nearby we purchased souvenirs before walking into the Taco Boy next door. There, we met up with some of my friends that lived in the area. 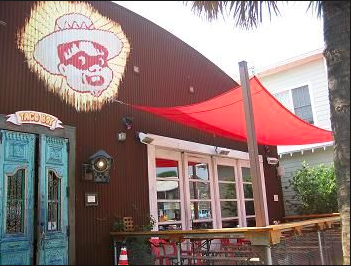 We spent about three hours eating tacos and chugging margaritas laughing about the stress of college and careers. The other panelists and I headed back to the hotel for our final night in Charleston. 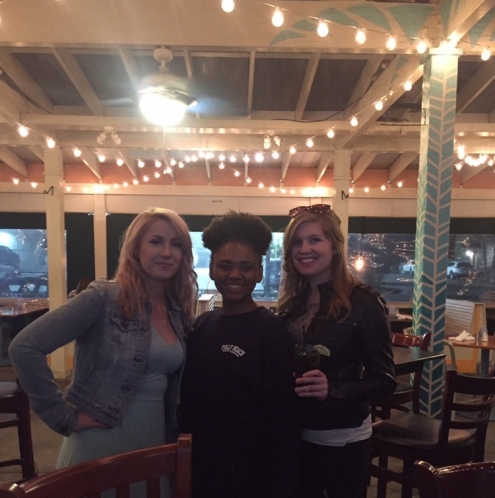 As I took you back to 2016, I want you to reflect on what you were doing at that time. Then think about a time that you pulled yourself out of your comfort zone into the space that you were meant to occupy.

The next time you are presented with an opportunity that pushes you to either challenge yourself, grow, learn or profit, figure out a way to make it happen. As it is said:

If you are afraid to go, go afraid.